I woke up this morning to a text from Finn that he sent right after I went to bed and put my phone on Do Not Disturb.

I woke up before 5 am for some reason and that was the first thing I saw. I replied that I didn’t want to wake him, but I just saw this and it gave me the biggest smile.

We texted throughout the day and he asked about my evening. I only had plans with my sister to go to the local donut shop and get their donut of the month so I mentioned that. I asked if he had ever heard of the place I was talking about. He had not, so I explained that they’re a local staple and way better than the nastiness that is Krispy Kreme. I found a picture I had once posted on Instagram of me wearing a KK paper hat and making a yuck face and sent it to him. This was his reply: 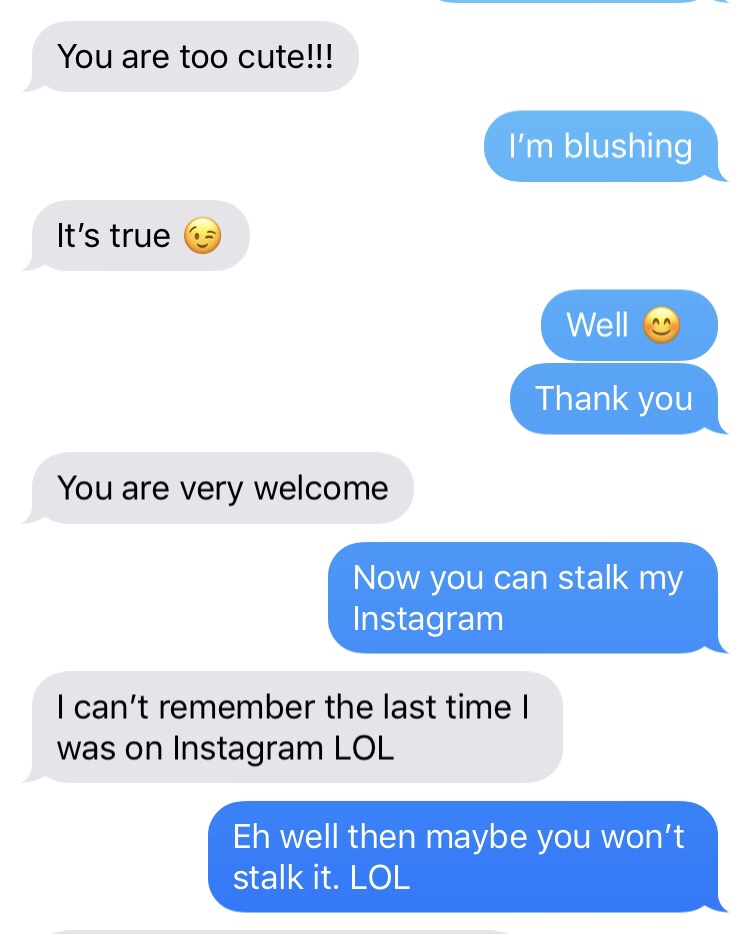 Yeah. All the heart eyes.